Those who know me are acutely aware of several things:
First, I like to talk. A LOT.
Second, when something piques my interest, I’m monomaniacal about the topic, until I’m not. There’s no middle ground.
Third, I am obsessed with my three fur babies. 2 cats, 1 dog, endless amusing anecdotes about the latest silly thing one of them has done.

All three of these nuggets of information tie perfectly together so that when I’m talking to you, there’s a good chance I’ll divert the conversation and make it about these animals. They’re my kids, so whenever you decide you’re going to show me a picture of your child playing baseball or covered in birthday cake, you can bet I’ll be matching you photo for photo with an adorable shot of Harold, my 27-pound polydactyl beefcake lying flat on his back and looking up at the camera.

Harold (Harry/Hair Bear/Howard) is easily the weirdo in our family. He usually hides in the basement unless he knows for sure that no one upstairs is trying to murder him. He prefers this fortress of solitude, and does not warm to many other people besides my husband and I. And our friend Jimmy. Harry will lay on you if you’re laying on the couch, and he makes a great space heater. Watch out though, when he decides to jump off of you he uses your stomach as a spring board – it’s enough to knock the wind out of you if you aren’t expecting it. He also purrs like a girl.

You will also have the pleasure of seeing pictures of Harold’s sister, Hermione (yes, that’s pronounced Her-MY-oh-knee), also a polydactyl, sitting prettily atop my kitchen counter patiently waiting for cheese. Or her twice-daily pill. 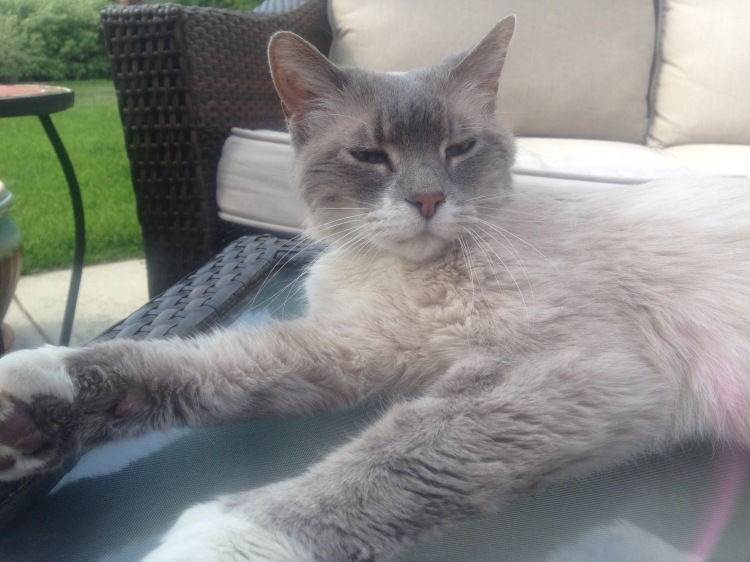 Hermione (Hermie/Kit-Kat/Kitty) is one year older than Harold, and they are brother and sister (from two different litters). She is my princess, and also my longest relationship. She’s 15 and I have had her since she was just 8 weeks old. Hermie likes to be held, but only by me or my husband. She’ll pull a knife on anyone not us who tries to pick her up. Or pet her. Or look at her. She inherited my singing ability, and frequently practices her scales in the most acoustically pleasing part of the house. Harold will do this too, but catching either of them in the act on video is as easy as trying to bathe them. NOPE.

Finally, you will undoubtedly be regaled with the latest tale (and numerous pictures) involving Louie the wonder-corgi. He’s bossy, he talks, he SHEDS, and he’s a pure-bred (Bread? Loaf? Yes, he is in fact a loaf) Pembroke Welsh Corgi, the very same that Queen Elizabeth II always has running amok around her feet. My husband will tell you Louie’s name came from a love of the comedian Louie CK. I will tell you that Louie is a kingly name, which is why one of his many nicknames is King Lou. 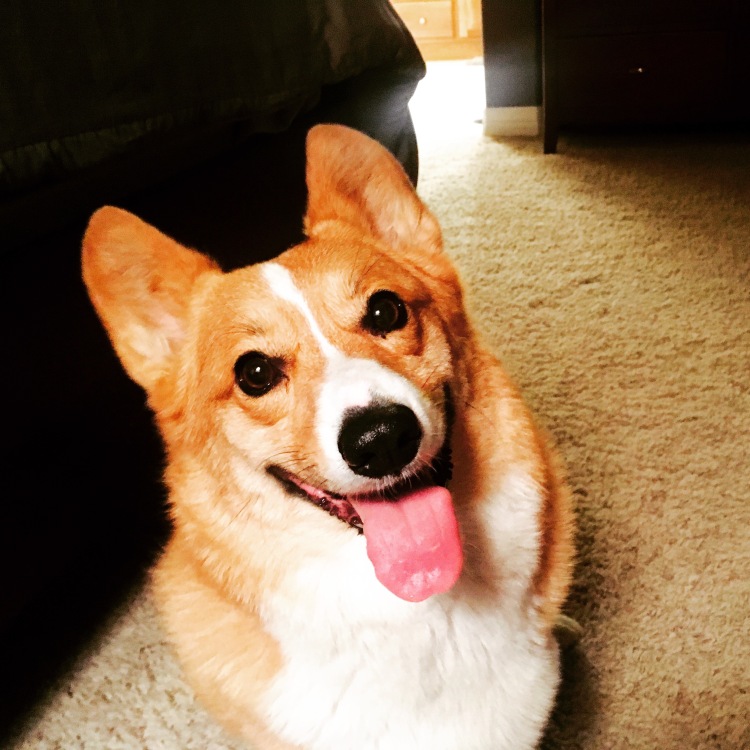 Initially I had come up with – and I’m being modest here – the greatest corgi name ever, in the history of all dog names throughout the world.

Lieutenant Dan. *Even typing that, I giggled*

Alas, my husband did not find the humor. (Well, I think he did but he’s pouting because HE didn’t come up with it.)

Countering your child’s pictures with my animal pics is not meant to take away from how cute you think your kid is. The act is simply me, participating in our conversation and relating to your babies with my babies.

And before you get all bent out of shape about the fact that I spent money on a pure-bred when there are countless animals in shelters all across the nation in desperate need of adoption, give me a minute to plead my case.

Throughout my life, I have cared for five other fur babies. They were either saved from a shelter, taken in from someone whose cat had recently given birth to kittens, brought into my life from the back door of my house during a particularly cold Alaska winter, etc. According to my mathematical calculations, that equates to 5 out of every 6 of my animals being adopted strays. Those are pretty good odds, in favor of those animals who need adopting most.

I also did not go to a puppy mill for Louie, nor did I settle on the first corgi breeder that popped up on Google. Rather, I researched corgi breeders extensively and found a legitimate business here in Colorado. I visited their ranch, met the owner, and made an informed decision to purchase a puppy from them. Randomly I have met other corgi owners whose fur babies came from that very same breeder. All were healthy, happy, well adjusted pups.

So you see? It was only fair that, this time around, I indulged myself a bit and brought home this little fur ball.

And now you’ve met the kids!