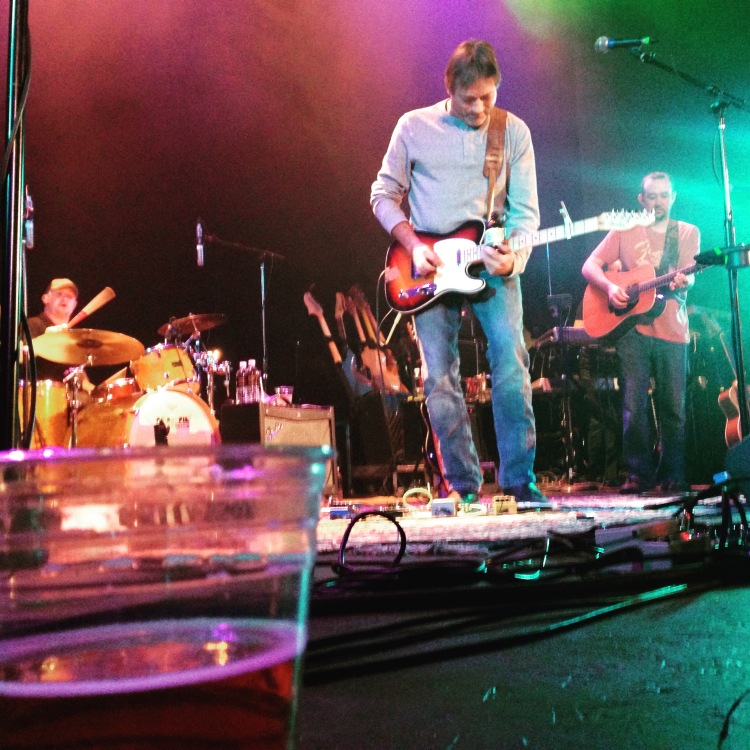 So I met Sean Kelly the other night.

If you’re reading this in Colorado, there’s a good chance that sentence might mean something to you. If this story is reaching you outside of our beautiful state, or you’re new to the area, the odds of comprehension may decrease slightly. Either way, it meant something to me; enough that I felt compelled to share a bit of my history.

I moved to Colorado in the spring of 1993, in the middle of my junior year of high school. My family took the spring break opportunity to pack us up and drive from Hermiston, Oregon to Littleton, Colorado. Once we had arrived and I showed up for my first day at Chatfield Sr. High, it became apparent that there were some things I needed to learn.

Where were my classes? (Scattered all over a sprawling campus)
Who would I end up becoming friends with? (An amazing group of people that I am still lucky enough to call friends to this very day)
Was math going to be as challenging for me here as it had been my entire life? (Of course it was – I’d always been, and still am, awful at math)
I was overwhelmed but tried to take it all in, mentally wading through the faces of new people and layout of the land and committing as much to memory as quickly as I could.

Seeing the unfamiliar faces of students passing me in the halls, I quickly noticed that many of them had the exact same strange look; a red face with white raccoon eyes. Huh?? I had absolutely no idea what was going on. What was wrong with these people? I would soon learn about a little thing called skiing in Colorado, and the joys of snow on the mountains until as late as July. Goggles. It was ski goggles that caused the funky raccoon eyes.

A girl in my math class asked me, among a barrage of well meaning but awkwardly personal questions, where my house was. Being new, my sense of direction (mountains are west) had not yet become engrained into my psyche. I knew that I lived up the road about ten minutes from the school but that was the extent of my geographical aptitude. I replied cautiously, “I’m not really sure but it’s a neighborhood about ten minutes from here.” Matter-of-factly she responded to my ignorance with, “You probably live in the valley.”

“Yeah,” I replied, oblivious but wanting to fit in and thankful for the offered suggestion, “that sounds right – I live in the valley.”
(As it turns out I did not actually live in the valley – Ken Caryl Valley, to be exact. Rather, I lived in a modest new neighborhood directly north of Chatfield named Westgold Meadows.)

Aside from this early snafu, I slowly began to navigate my way around the large school. I was making friends, and had a part time job at the Dreyer’s Ice Cream counter at a well-known hang-out called Fun*Plex. My junior year was now behind me and I had spent my summer vacation working and hanging out with a small group of new friends.
Early on in my senior year, I felt confident that I was beginning to get the hang of this Colorado life. That is, of course, until September rolled around. There was a buzz around the halls, in the classrooms, at lunchroom tables. Something was happening that upcoming weekend which had everyone excited.

“Yeah, I got my tickets the day they went on sale!”

“This is going to be awesome, do you want to ride together?”

“My mom said you could sleep over, I’m so excited!”

All I seemed to hear from every direction were plans being made in anticipation of the upcoming event. Curious to know what all the fuss was about, I asked a friend at lunch.

“Hey – so what’s going on this weekend? Some concert or something?”

“The Samples.” She replied, as if that cleared it all up. I cocked my head to one side and stared blankly back at her. “What’s a sample?” She giggled, rolled her eyes, and then proceeded to explain. “Oh my gosh Layla, you haven’t heard of them??” I shook my head no so she continued, “They’re a band from Boulder. They’re huge around here. I can’t believe you haven’t heard of them.”
“Are they any good? What do they sound like?”
“They’re really good!” She replied, “They’re playing at Red Rocks.”
I made a mental note to stop by the mall after school and pick up their latest CD. I ended up buying the 1989 self-titled debut album, The Samples. The following year I would purchase Autopilot, an album that was to become my favorite work by the band. Something in their music resonated with me on a profound level. It wasn’t really like anything I had heard before. For me it was a distinctly Colorado sound; just one of the many things I was growing to love about my new residence.

Before I moved to Colorado my ears were at the mercy of the songs (over)played on the local handful of radio stations available to me. New music was something I was always eager to get my hands on, having come from a place where both kinds of music – country AND western – were played on the radio ad nauseum.
Thanks to bands like The Samples and Colorado in the early nineties, that time in my life became synonymous with a joy rooted deep in my psyche that I have never quite been able to recapture.

I had moved away from a life in a small agricultural town in Oregon that was safe and familiar, to Littleton, Colorado. Suddenly as an awkward and self-conscious teenager whose only encounters with large groups of other teenagers included being teased and talked about, I was expected to make a new life in a town vastly larger and a school at least triple the size of my previous. I might as well have been asked to build a ladder to the moon. Anything—and I mean anything—seemed easier than the prospect of having to start fresh in a new high school. New kid, new school, new house, no friends or family with me other than my mom, step-dad, and two and a half year old little brother. What could possibly go wrong?

What I discovered over the months and years after our move to Colorado was that it was, and still is, one of the very best upheavals to ever have happened to me. The world was suddenly infinitely bigger and full of new adventures. My trepidation at fitting in was for naught. I made great friends, explored the state, enjoyed concerts and camping trips, and blossomed as a more confident and outgoing version of myself.

As always, I had my music. Lucky for me, I now had access to a much larger variety on which to draw from. There was KTCL, better known at that time as The Big Adventure. That station exposed me to the likes of the Violent Femmes, Pearl Jam, and Belly. KBCO opened my repertoire to the likes of Jeff Buckley and Rusted Root; Big Head Todd and the Monsters, Toad the Wet Sprocket. Music was the constant medium I could always count on to incite in me feelings of happiness, teenage angst, high school crushes, broken hearts, and empowerment. Songs could (and still do) make me feel like I wasn’t the only one who was unsure of virtually everything in my life.

In the summer of 1994, before everyone (well, almost everyone) headed off to college, my friends and I saw bands like The Smashing Pumpkins, the Beastie Boys, and George Clinton and the P-Funk All-Stars at Fiddler’s Green. We saw the Gin Blossoms, Spin Doctors, and Cracker at Red Rocks, as well as the Stone Temple Pilots and Meat Puppets (remember them?)—And let us not forget the Bon Jovi—Keep the Faith tour enjoyed at Red Rocks around that same time.
And always, I was listening to The Samples.

The stereo system in my 1984 Pontiac Fiero no longer worked, and I remember hauling my boom box around in the passenger seat so I could still listen to my CD’s. Fall was my favorite time to listen to The Samples, I think maybe because that was the time of year I had initially been turned on to them. Sadly, I never had the opportunity to see The Samples in concert during those years.

Life and the military took me away from Colorado but every time I was missing home, I’d play The Samples and instantly be transported back to those early years in Littleton. I introduced their music to friends from around the country who had never heard of them.

Which brings me to the premise of this story.  One night The Samples played at The Oriental Theater on 44th and Tennyson in Denver, along with The Nadas and my dear friends Mark Sundermeier and Chris Stake of The Trampolines.

When the time came for The Samples to take the stage, I (and my accommodating husband) parked myself right up front, leaning on the stage and anxiously awaiting that first note to be played; that first snare to be hit; that first word to be sung. The show was amazing; all the players were on their game, and I was even the recipient of one of several jump drives tossed out to the audience from Mr. Kelly himself, packed full of Samples music for my listening pleasure.
However, the real treat came after the show when my good friend took me to meet the man Sean Kelly himself. We stepped outside the back door of the theater where Sean was chatting with a couple of people. My friend introduced me, told Sean what a huge fan I had been for many years, and we shook hands and took a picture. Simple, quick, some would probably say that the whole encounter could be classified as “somewhat anti-climactic”.

To those people I say, “You’re missing the point.”

Sure—Sean Kelly and I didn’t instantly become besties, exchanging numbers and embarking on a friendship to last through the ages. I didn’t express to him just how much his band and their music have affected me over the years, nor did I relay to him how his music greets and comforts me like that of an old friend every time I listen to it, without fail. He is currently unaware that their music propels me back to that 1984 Fiero, boom box in the passenger seat, falling yellow leaves on the trees lining the streets of Littleton in autumn, the familiar crisp chill in the air, the perfect Rocky Mountain backdrop I was (and still am) fortunate enough to have in my back yard. 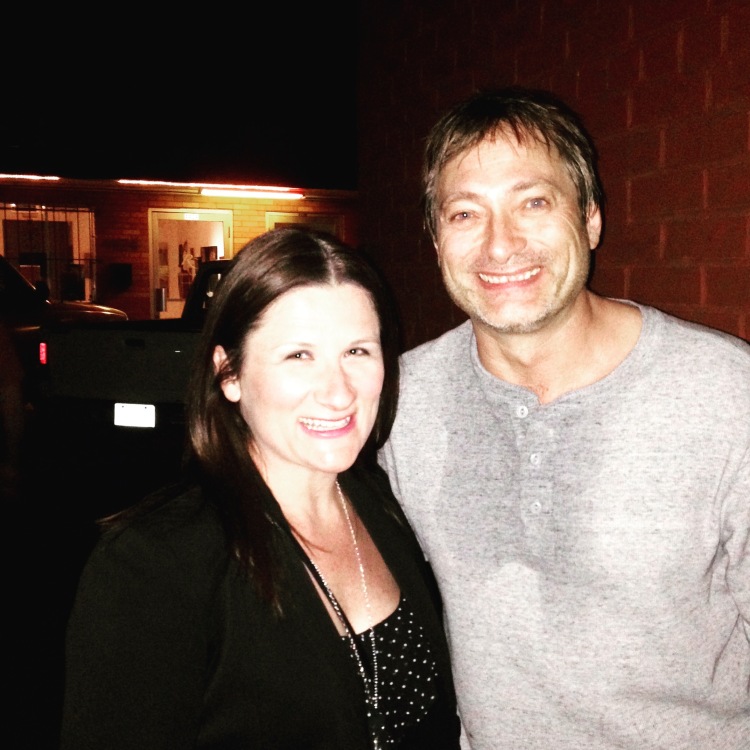 For me, the whole experience was the culmination of some of the best chapters in my life. To have had the opportunity to meet one of my musical idols and say to them, “thanks for what you do” – feels as if those chapters have somehow come full circle. I’m not that timid, shy teenager anymore, but I’ll always have The Samples and their music in my life to remind me of who I was then and who I wanted to be.